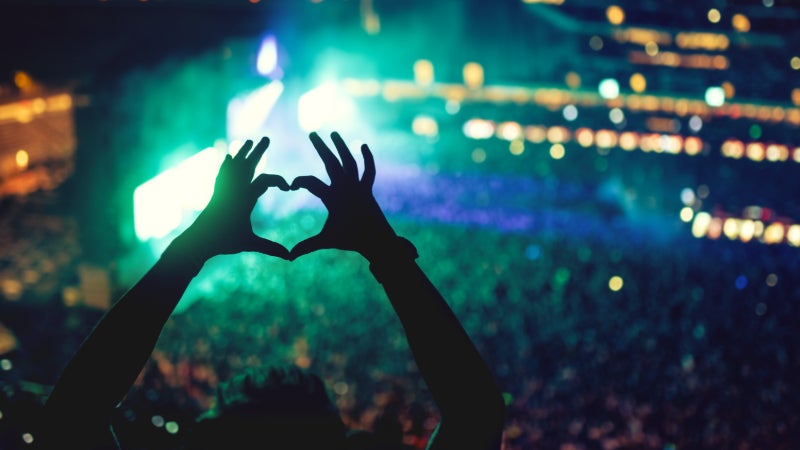 It’s a real problem, despite how trivial it might sound. It can lead to sleep loss, increased level of stress, and – if it’s loud enough – it can be distracting enough to overwhelm other noises.

Despite tinnitus being easily dismissed as a simple buzzing that could be ignored with enough willpower, you owe it to yourself to address your condition properly. If you’d like to have a hearing test where you can assess your level of tinnitus, as well as a proper course of action to appropriately address your condition, you can book a free session through this form.

So what is tinnitus? If you don’t have it yourself, or at least know someone who has it, it can be hard to fully understand. To put it simply, tinnitus can be a:

The problem is that these sounds can (almost always) only be heard by the individual afflicted by it. If you don’t have tinnitus, but would like to understand it, picture this:

You know when it’s really quiet, like when you’re in an empty room in a house in the middle of nowhere, and you can hear a faint ringing in your ears simply because there’s no other sound? That’s a pretty solid metaphor for the sensation of tinnitus, with one difference.

When you’re in this quiet room and the wind starts to rattle the windows or someone starts to talk, the ringing vanishes. This is not the case with tinnitus – and if it’s a bad enough case, it can even drown out other sounds.

The most common type of tinnitus is subjective tinnitus, which as the name would imply, can only be experienced by the individual suffering from it. This makes up for 99% of all cases, and covers the whole scope of buzzing, ringing, whistling, etc. After all, the noise that you experiences throughout their tinnitus doesn’t change anything – they all fall under the exact same element.

Remember in the intro when we said that tinnitus is almost entirely subjective? That’s because there is one rare form of tinnitus that is not. Objective tinnitus affects only 1% of patients, and can be softly heard by someone else if they were to put their ear next to the patient’s.

Now that we’ve established what tinnitus is, it’d be a fair question to ask what causes it. If we know that, we can know how to avoid making it worse, or being afflicted by it in the first place.

Almost everyone has experienced ringing in their ears after a night out at a concert or nightclub. 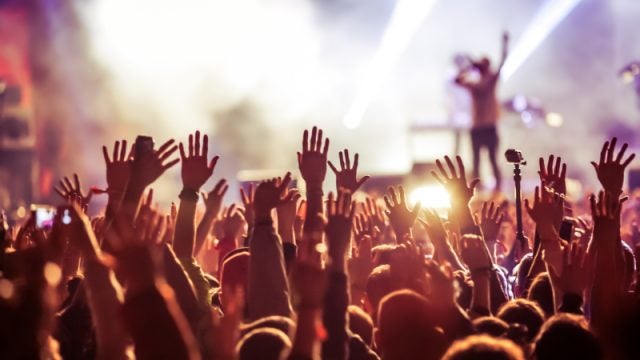 If you haven’t, firstly, well done for taking care of your ears. Secondly, to help you imagine it, think of a scene in a movie where something explodes or crashes near the hero, and all the sound in the movie is overtaken by a high-pitched ringing noise. Can you picture it? That’s a decent emulation of short-term tinnitus.

This is a form of temporary tinnitus, as your ears have sustained short-term damage. Do enough damage, however, and you risk sustaining permanent tinnitus.

But noise isn’t the only way to cause tinnitus. It may be a symptom of various other issues, such as:

So we’ve established that these conditions can cause tinnitus, but we haven’t really gone into how they cause tinnitus, or what tinnitus means beyond a ringing in your ear.

Biologically, tinnitus is a signal from your brain, telling you that your ears are damaged. In the case of hearing loss, when the amount of stimulation reaching your ears is reduced, your tinnitus will make up for the lack of stimulation and produce its own noise.

But sometimes, tinnitus is a symptom of a larger medical issue. Conditions like acoustic neuroma and Meniere’s Disease – both diseases of the inner ear – are often accompanied by tinnitus.

So tinnitus causes a ringing in your ear – is there a problem with that? “I can just grin and bear it, and eventually I’ll just psychologically ignore it.” Well, maybe if it’s a minor enough case, you might be able to live with it – but even an average case of tinnitus can have repercussions.

Tinnitus is connected to the limbic system, which is the part of the brain that controls emotions. Because of this, a severe bout can cause anxiety and restlessness. And in turn, tinnitus may flare up if the patient is stressed, tired, or worried, which could lead to a feedback effect.

At the very least, tinnitus isn’t a deceptive health problem. What you see (or hear) is what you get – other than the noise in your ear, there are no other symptoms that come alongside tinnitus.

Tinnitus can, however, lead to (or be paired with) more intrusive conditions. These range from things as seemingly minor as dizziness and more stress, to serious health concerns like sleep disorders, further hearing loss, hyperacusis (debilitating sensitivity to noise,) or even depression.

Here’s a nice and simple way of diagnosing yourself: if you can hear any kind of persistent ringing, humming, or buzzing that other people can’t, then you almost definitely have tinnitus.

The tricky thing is, like we said earlier, there’s no objective measures a specialist can take to confirm or deny the existence of a patient’s condition. This means that all tinnitus diagnoses are subjective. We will note that this does not mean they are untrustworthy – simply that they rely on honest input from the patient. These diagnoses can include:

This condition is unique depending on the patient, so treatment to help one person might be entirely ineffective in another case.

So that was the medical angle of tinnitus treatment, but what can you do in your everyday life to avoid making your tinnitus worse, or even help calm it down?

The nature of tinnitus means that it’s more obvious and bothersome in quiet environments, due to the lack of noise that could mask the ringing sound. This would clearly have its biggest effect on sleep, when most people seek a quiet environment.

A simple workaround to this is to enrich the quietness of the environment with gentle white noise. Whether this is a running fan or a YouTube video of rainforest noises, any kind of sound will help drown out your tinnitus.

It is also thought that caffeine, nicotine, salt, and alcohol intake have effects on tinnitus. Nicotine and alcohol are already proven to be bad for your ears, so they could only make tinnitus worse. And while caffeine and salt have debatable impacts on your aural health, cutting down on them can only be a good thing for your health in general.

As we mentioned, stress and tinnitus are somewhat connected, so doing your best to reduce stress may help to improve tinnitus (we do know this is easier said than done.) If your tinnitus is flaring up, then reading, meditation, or even a walk might help calm it down.

Some people find that certain minerals or vitamin supplements offer tinnitus relief. Magnesium, zinc, or B vitamins have all been cited as additional treatments for tinnitus. But as with any medical supplement, make sure you take them under the supervision of your doctor, and not just willy-nilly.

Since tinnitus is mostly noise-induced, probably the most obvious way to manage it is to avoid loud noise. Gunfire, power tools, sirens, concerts, or extended periods of music can all make tinnitus worse. If you are often around these noises, wear hearing protection.

Remember, all cases of tinnitus are different. If one kind of remedy doesn’t do much for you, you shouldn’t be disheartened. It may just be that your tinnitus can only be assuaged by a particular course of action.

Since tinnitus has various causes, treatment can take various forms. For example, the form of tinnitus that is easiest to handle would be due to an overabundance of earwax. A simple removal of wax would be enough to remedy this situation.

In most cases of tinnitus, however, a cure is impossible, and it can only be treated to reduce the impact on the patient’s day to day life. Some of these treatment options are:

Some of these may do the trick and minimize tinnitus’ influence, but it may be the case that none of them do. There’s no way of knowing until a medical professional performs a full assessment.

Finally, are there any tech devices that can help with tinnitus? Some hearing aids and sound therapy devices have been shown to greatly reduce the effects of tinnitus, such as:

Some hearing aids even come with tinnitus cancellers. Couple this with the fact that hearing aids obviously act to counter hearing loss, which is the initial cause for most cases of tinnitus, and hearing aids start to look like the best approach for a case of tinnitus.

A great way to address your tinnitus is to attend a free hearing consultation, courtesy of us. If you sign up for a hearing consultation through our online form, you’ll be able to discuss your unique tinnitus condition, as well as any approaches that can be taken to fix it.