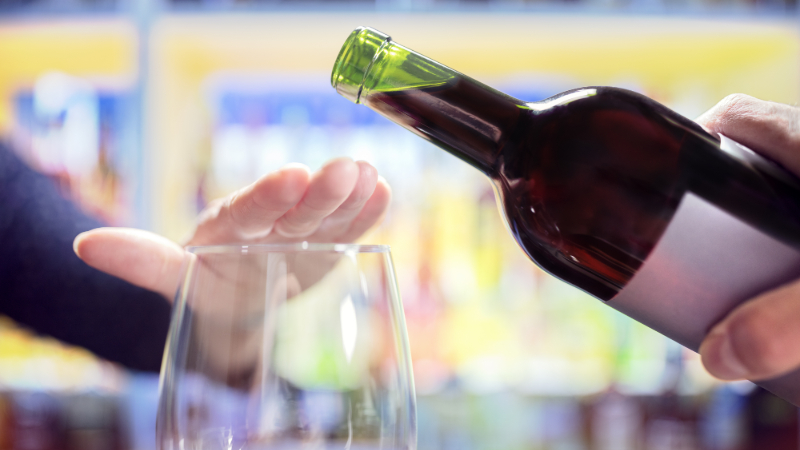 Alcohol is one of humanity’s most ancient indulgences. The earliest record of an alcoholic beverage goes back to 7000 B.C., in Neolithic Egypt, meaning alcohol as a concept is nearly ten thousand years old!

No judgement – most people like the occasional drink. Despite this, it’s no secret that alcohol is not the best thing you could be putting in your body. It is commonly known to cause damage to your liver, as well as your brain – but what about your ears?

What’s going on in there?

Most people can confidently give a general summary of some of the processes in the human body. For example: stomach acid breaks down food and the stomach absorbs the nutrition within, the heart pumps oxygen-saturated blood through arteries… but what actually happens in the ear?

The inner workings of the ear, as important as they are, aren’t widely known by the average Joe. Still, it’s a surprisingly simple process.

Sound is made up of vibrations in the air. When these vibrations hit the air inside your ear, they stimulate three small bones, which move the fluid inside your inner ear. This fluid bends thousands of tiny hair cells, and this movement creates electrical pulses that are sent to your brain to be translated into the noise you hear.

So, knowing this, what can we see happening to this process after alcohol takes effect? Let’s find out.

Let’s start with the short-term: what does one night of drinking do to your hearing?

Firstly, and most obviously, alcohol has a significant impact on balance. The stereotypical drunkard is someone who stumbles and falls while trying to do something as simple as walking down the street. This is why a common police test for drunk driving is having the driver walk in a simple straight line.

What you might not know is that balance is heavily connected to the ear. The fluid inside our inner ear is what tells us the orientation of our head, and allows us to act accordingly. So if balance is associated with the ear, and alcohol negatively affects your balance, we can connect the dots and surmise that alcohol has some kind of impact on your ear.

When blood alcohol content (BAC) reaches around 0.8, blood starts to thin. This creates a discrepancy between the fluids inside and outside the ear. This confuses the ear, making the hair cells tell the brain that the body is moving in ways that it is not.

There is no need for alarm if this occurs every now and then when drinking. However, frequent excessive drinking can lead to a more consistent state of being dizzy and spatially unaware, which would indicate damage to the inner ear.

You might be asking – if this is temporary, does it matter too much? Some dizzy phases on a night out might not seem like the biggest deal, but it can become a bit more serious when they stick with you long after the alcohol has left your system. Alcohol leaves the bloodstream relatively quickly, but any alcohol absorbed by your ear remains in your ear fluid for much longer.

These hairs number in the thousands, and over a normal human life, it’s standard for a good amount of them to die due to their sensitivity. This is the cause of what most people consider to be standard hearing loss – the fewer hair cells you have, the less sound you can pick up.

As you can surmise, messing with these important cells via alcohol consumption can only speed up their degradation. Alcohol thins the blood and limits the amount of oxygen that these cells receive. This can asphyxiate them, and unfortunately, once these cells are dead, they cannot be restored. This means your hearing will be irreparably impaired if you abuse alcohol too frequently.

3. You get one brain, and a few chances

We all know drinking is bad for the brain, but one part of the brain that takes heavy damage from alcohol is the auditory cortex – the part responsible for translating auditory signals into meaningful sounds.

When alcohol enters your body, the liver takes what it can handle, while the rest is free to travel around the body. The alcohol that makes it up to your brain then begins to poison neurons, which slows them down – or can even kill them completely.

If you think you’re safe from this due to an aversion to binge drinking, you are unfortunately mistaken. Any effect on the brain from alcohol consumption is cumulative, so even people who tend not to drink heavily, but still drink frequently, can suffer from these effects over time.

You might know about tinnitus, one of the more common hearing conditions.

Have you ever been to a concert or loud event, and returned with a ringing in your ears? It might fade away over the next couple of days, but it can still be a real annoyance. Now imagine that ringing in your ears staying with you for more than a few hours. This is permanent tinnitus.

Since alcohol increases blood flow to the ears, a night of drinking can lead to tinnitus the next day. But just like the tinnitus that comes as a result of a loud concert, it should mostly fade as the day goes on. However, if you were to go to loud concerts every week, your tinnitus would become more severe and permanent. The same applies to multiple weeks of heavy drinking.

Tinnitus itself is not harmful but it can be distracting, making it more difficult to hear softer sounds. Depending on how intense it is, it can also lead to fatigue, problems with sleep and memory, and depression.

5. Finally, an excuse to stay in

The condition known as ‘cocktail party deafness’ refers to hearing loss sustained by a long night out in a loud club or bar. This was originally thought to be ordinary noise-induced hearing loss, but following a study, it was found that alcohol and noise worked in tandem to do more damage to the subjects’ hearing than either could have done alone.

This basically means that if two identical people were standing in a loud bar, one drunk and one sober, the hearing of the drunk individual would be more heavily damaged – despite being exposed to an identical amount of sound. 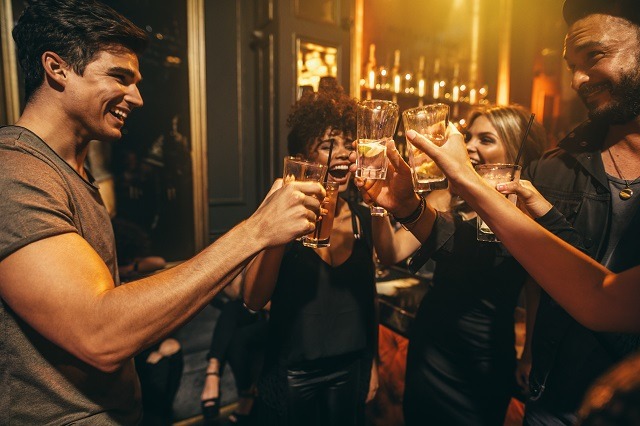 So, let’s sum up the five ways that alcohol can affect hearing:

Can it be reversed?

It depends which part you’re referring to. Alcohol-induced tinnitus is likely temporary if alcohol use is not excessive.

The issue of balance (and alcohol remaining in the fluids within your ear) can only be waited out. The alcohol will slowly leave your inner ear, but may take some time, and you’ll have to deal with dizziness and clumsiness until then.

The other three issues, however, are much more serious. Damage sustained by your brain or the hair cells within your ear is impossible to reverse. These hair cells do not regenerate, and your brain cannot heal from alcohol-related damage.

This damage can, however, be treated. Hearing aids can be prescribed in order to recover some hearing ability for the remaining hair cells within the inner ear. To find out more about how much a hearing aid will set you back, check out our guide to hearing aid costs.

Alcohol is not good for the human body – that has been well established for decades. Now you can see that not only is it bad for your liver and brain, but it also has a profound effect on your hearing. Just like with your liver and brain, however, this damage only accumulates when alcohol is a permanent fixture in your lifestyle, rather than an occasional treat. Much like your diet, exercise, and stress levels, always keep an eye on your alcohol intake.