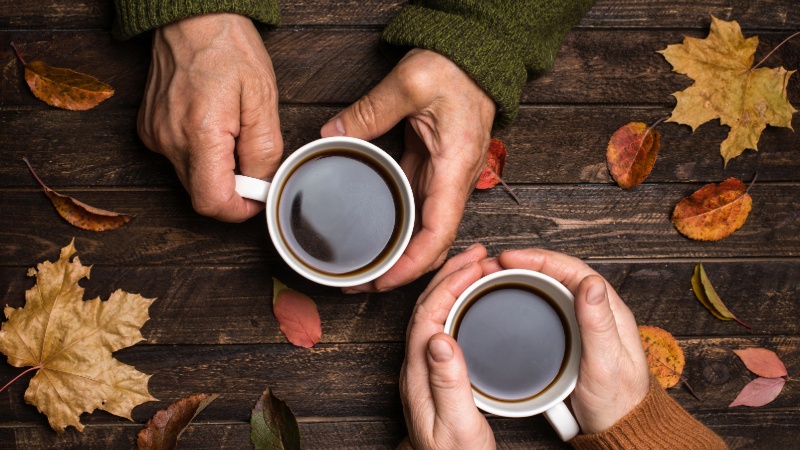 Ah, caffeine – the most socially acceptable drug used by society. Although legal, alcohol and tobacco have their stigmas, as well as legally enforced age restrictions. Caffeine can be consumed by anyone, and is seemingly sold on almost every street in the world.

It’s so pervasive that you might not even know you’re consuming it. It’s obviously in coffee, but it’s also in tea, energy drinks, and even chocolate. Surely something this common can’t have too devastating of an effect on the human body, right?

You can probably already see where this is going, so let’s look at how your favorite beverages could be worsening your hearing. If you’re already concerned that you may be losing your hearing, it might be worth filling out our quick form and arranging a free consultation with a hearing specialist near you.

How does caffeine damage your hearing?

We’d stop dancing around the issue if we could – yes, caffeine has been proven to damage your hearing. But in other studies, the opposite has been shown, with caffeine having no impact whatsoever. In times like this, it can serve you well to look at the workings behind each study. So what is the science behind this question?

Well, since a lot of people report a ringing in their ears after drinking their daily dose of coffee, researchers were prompted to test caffeine’s impact on the inner ear.

The way this is thought to work is due to the ear’s ‘auditory temporary threshold shift'. This refers to a phenomenon wherein the ear inflicts a sensory reduction on itself after being exposed to a substantially loud noise, in order to protect itself. It usually reverts back to normal after a day or two.

This is a nice feature, but the study above found that this shift can become extremely extended, or even permanent, after the subject ingested considerable amounts of caffeine. The exact cause of this phenomenon hasn’t been nailed down, simply observed.

Well, there’s our answer, right? Is the article done? If only it were that simple.

There are actually conflicting results from other similar studies. For example, in this study, it was reported that caffeine drastically reduced the risk of tinnitus – at least in women.

We don’t intend to discredit the study performed by The University of McGill Health Center, nor do we want to contradict the scientists who conducted the studies that found conflicting results.

All in all, the answer to this question is pretty much inconclusive. Like all things, you can reason that overabundance of any substance will cause problems, whether it’s sugar, alcohol, or caffeine. Just keep an eye on your intake!

As seemingly small as this issue is, it brings to light an issue more worthy of your consideration. Scientific studies aren’t always set in stone, and one study doesn’t solidify a fact. If you see a study being flouted online, always do further research into both sides of the story.

So no, we can’t give you a definitive answer on this one. But if you’ve found this article while on the hunt for hearing loss tips or facts, we can direct you to someone who can tell you all about the ear, and your unique condition.