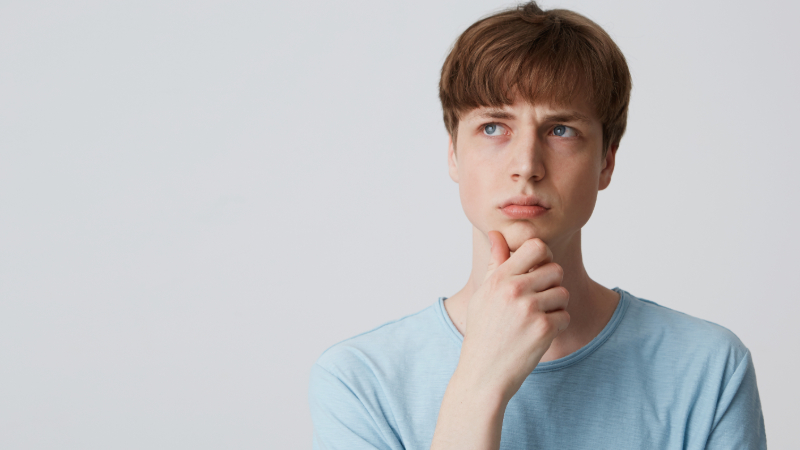 The world is louder than it’s ever been. For most people, it would be a near-impossible challenge to go a day without hearing a couple dozen engines, a few commercials, loud music in a cafe, and hundreds of conversations. Sound is becoming a constant in our lives – even as you lie in bed, you might hear distant sirens, or the dull sound of a plane passing overhead.

With all this sound, human voices can get lost in the shuffle. You couldn’t be blamed for thinking some people are whispering or mumbling when you can’t hear them over the TV. This can happen once or twice a week without much thought, but when it’s happening multiple times a day, you might be asking: “Why can’t I hear anyone?”

If you’re worried about this issue stemming from potential hearing loss, it might be worth following this link to find your nearest hearing specialist for a free consultation.

What if my hearing is fine?

The thing is, it might just be people mumbling. Some people just have a tendency to speak in lower volumes, and if one of those people happens to be a family member or close friend, you may find yourself getting frustrated with the amount of times you have to ask them to speak up.

Signs that someone is mumbling

If you think your hearing struggles are related to hearing loss, find a nearby hearing specialist who will be able to help diagnose the problem.

In other words, your trouble hearing someone can sometimes be an isolated instance, or occur repeatedly in a specific scenario. If this is the case, you can be fairly safe in the knowledge that they’re the one who needs to adjust their volume, rather than you having to adjust your hearing.

There have even been instances where a show’s entire audience have been unable to catch what a character is saying. The British TV series Doctor Who, for example, introduced a character with a thick accent – after her debut, fans flocked to Twitter to express their struggles understanding what she was saying.

However, as you might be able to assume from the website you’re on, it might be due to your hearing. The following are signs that it may be a problem with your ears, rather than their mouth:

Signs that you may be experiencing hearing loss

Basically, if all these scenarios occur in varied environments and conditions, yet you still struggle to pick up on what people are saying, you may be experiencing hearing loss. 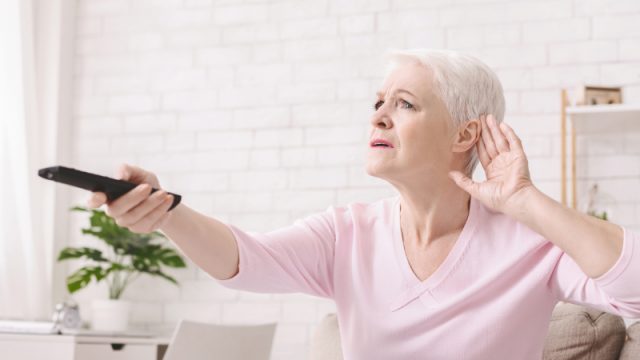 If you are struggling to hear, but not in dire need of a hearing aid, you might want to look at our list of the best personal sound amplification products to help give your hearing a small boost.

I can hear, but I can’t understand the mumbling

It’s entirely possible that the volume of who or what you’re listening to is fine, but you’re still struggling to catch what people are saying. This is because, rather than visualizing hearing loss like a slider scale, it should instead look like a sort of matrix. Some people experiencing hearing loss will lose the ability to hear certain sounds, where another group will only be able to hear those sounds.

It’s no secret that our bodies start to slow down as we age, whether that refers to our joints, our eyes, or our hearing. The big misconception is that hearing loss simply makes everything sound quieter. As hearing declines, so does our ability to discriminate speech, and that takes the form of certain letters and sounds being harder to hear.

The earlier stages of hearing loss can be the least noticeable, and yet the most frustrating. You might be able to hear most sounds, but miss sounds of a higher frequency (like s, f, sh, or th sounds.) This can make sentences sound choppy and disjointed, distracting you from what is being said.

These gaps can lead you to ask “what?” over and over throughout a simple conversation. That is because these high frequency sounds are a large part of speech. They are what make sentences sound crisper – and without them, it’s like you’re missing half of the English language.

High-frequency hearing loss is the most common form of hearing loss associated with age and frequent exposure to loud noise. If you’re above the age of 50 and starting to miss some of these higher-frequency noises, you might be undergoing hearing loss.

I’m pretty sure I’m not losing my hearing, but I’m still struggling to understand people

Hearing loss aside, it has also been found that the ability to discern speech can falter with age. This has less to do with the ears, and more to do with the brain. As people age, they are less able to parse meaning within a sentence. It may be entirely possible that your hearing is fine, but your brain has other ideas.

Hearing aids may help with hearing loss, but cannot help with this occurrence. As scary as a problem with the brain might sound, it’s nothing to worry about – it isn’t indicative of any other problems, and won’t impact your health in any other way.

Struggling to hear people around you? If you think your hearing struggles are related to hearing loss, find a nearby hearing specialist who will be able to help diagnose the problem.

Long story short, how do I hear people more clearly?

If it is due to a slowing of your speech processing ability, unfortunately a hearing aid will not be able to help you correct your speech discrimination abilities. Your specialist may be able to discuss other options, or refer you to a method of helping your brain handle its decline.

If you aren’t sure whether someone is mumbling or your hearing is failing, it might be worth following this link to find and book a free consultation. A qualified hearing specialist will be able to assess if you’re losing your hearing, or if the people around you just need to speak up.