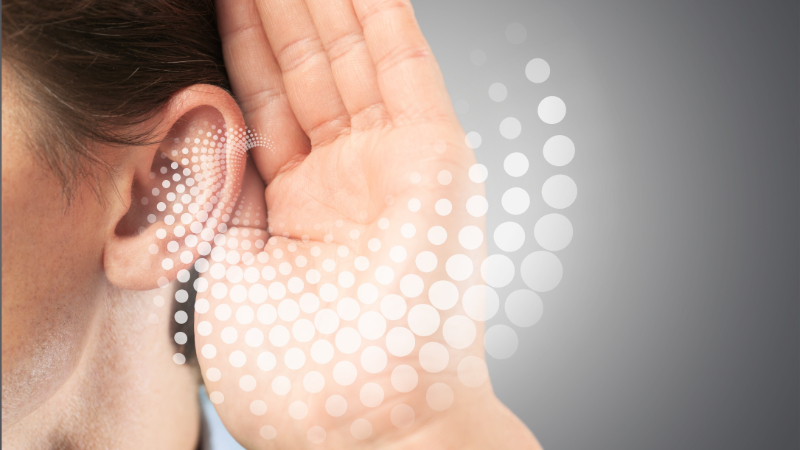 This topic provides information about conductive hearing loss.  Be sure to check our general page on all types of hearing loss if you are looking for more information.

Hearing loss is less of a singular condition, and more of an overarching term that can apply to numerous conditions. Just like “heart disease” and “cancer,” but thankfully nowhere near as serious, the term “hearing loss” can cover a broad range of causes and effects.

As you might assume from its title, this article will touch on the classification known as “conductive hearing loss.” Even if you don’t have any idea how the ear works, this kind of hearing loss is easy to understand, and usually the simplest to fix.

Start at the beginning

To understand when something goes wrong with the ear, we must understand how the ear works in the first place. Conductive hearing loss is inflicted on the outer ear, which is the first part of the ear to experience sound. The outer ear comprises three main parts:

Sound enters the ear as a vibration in the air. The pinna, ear canal, and eardrum play a crucial part in transporting these vibrations to the middle and inner ear, where they are translated into electricity for your brain to experience as sound.

The middle ear can also be subject to conductive hearing loss. The middle ear houses three small bones, which convert sound by vibrating in sequence and sending the noise deeper into the head.

Conductive hearing loss occurs when there is a problem with any part of this sequence.

If you think you’re suffering from conductive hearing loss, book a free consultation with your nearest hearing specialist, who will be able to diagnose and assess the severity of your condition.

So, conductive hearing loss is when there’s a problem with the outer ear – but what kind of problem could this be? We’ll start from the outside, then head inwards.

We’ll start with two conditions, known as microtia and anotia. Microtia refers to when the pinna is malformed, while anotia refers to when the pinna is missing entirely. The pinna might not look like much, but it’s crucial in funnelling sound down the ear canal – when it isn’t shaped correctly, sound will have a much smaller effect on your eardrum.

These conditions stem from fetal development. While they are very rare, the likelihood of them occurring can be greatly increased by alcohol consumption.

You may also have a simple blockage. This could be anything, from a buildup of earwax to a foreign object blocking your ear canal. This would physically block the soundwaves from entering your ear and reaching your eardrum.

Otitis externa is the medical name for when the infected ear canal swells and closes up on itself. Colloquially known as “swimmer’s ear” or “surfer’s ear,” this can occur after exposure to wet air or cold water. 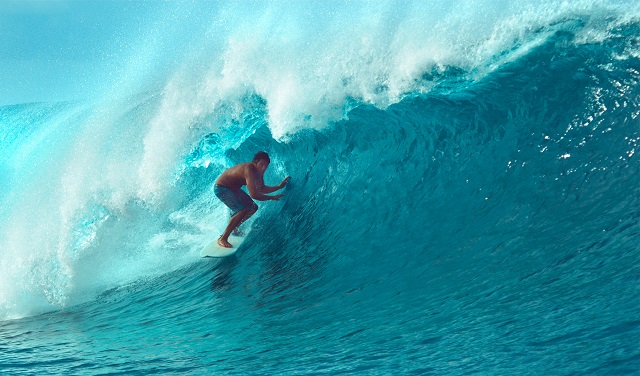 There might also be a problem with the eardrum itself. The eardrum can become torn or damaged for any number of reasons, from a sudden loud noise, to something as innocuous as popping your ears by pinching your nose shut.

Next, we move on to the middle ear, comprising those three small bones that vibrate and send noises deeper into your ear. Even though the middle ear only consists of these three bones, there are several issues that can arise.

Otitis externa or “swimmer's ear”, as mentioned earlier, has an equivalent problem within the middle ear. Known as otitis media, this condition sees the middle ear fill with fluid and become inflamed. This is typically what is happening when a baby comes down with an ear infection..

Otosclerosis is when one of the three small bones begins to fuse with another. Since these bones need to vibrate to do their jobs, having one become fixed in place would be seriously detrimental to your hearing ability.

A rarer condition, cholesteatoma is a benign growth of skin behind the eardrum. While it’s entirely harmless, it can still push against the middle ear bones and create disruptions, impeding their vibrations.

What are the symptoms?

Despite the range of things that can go wrong within the ear, the symptoms all generally remain the same. These may include:

If you think you’re suffering from conductive hearing loss, book a free consultation with your nearest hearing specialist, who will be able to diagnose and assess the severity of your condition.

How do you treat conductive hearing loss?

The symptoms might be the same, but the treatment for these conditions will vary. The first step towards treatment would be diagnosis. Typically, there are three different approaches that a hearing specialist will use to identify any problems:

After assessing the state of your ear, your professional will look at treatment options. There are four main ways of treating conductive hearing loss: cleaning, antibiotics, surgery, and hearing aids.

Firstly, a cleaning would be performed to remove any excess wax that can impede your hearing ability.

Antibiotics are used for the conditions associated with infection, namely otitis externa and otitis media. These would usually only be used in serious cases, however, as most ear infections can work themselves out over time. 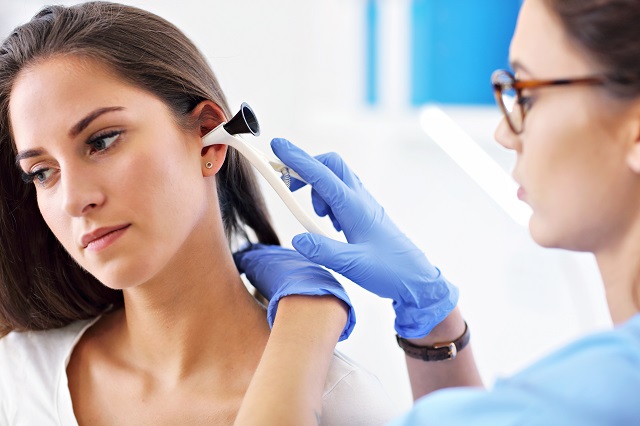 Surgery would be considered when one of the bones or your eardrum itself requires replacement, fixing, or attention in general.

Surgery would also be employed for conditions like otosclerosis or cholesteatoma, and could be as simple as removing excess skin, or as complicated as replacing a bone with a man-made alternative. This would also include the treatment of microtia/anotia, as an artificial pinna can be given to those who suffer from these conditions.

Finally, hearing aids would be suggested if no other procedure was able to fix the problem – for example, if the otosclerosis was too advanced for surgery.

If you do already have hearing aids, but are still noticing a decline in your hearing capabilities, it might be time for a retuning – or even an upgrade. Much like any technology these days, hearing aids are a rapidly advancing field.

If you’ve had a hearing aid for an extended period of time, you might want to look into an upgrade anyway. Make sure to book a consultation with your hearing specialist, or book a free consultation with one of our partners using this link.

Conductive hearing loss is the most addressable form of hearing loss. Even in the worst case scenario, a short course of antibiotics or a brief surgical procedure will most likely be enough to restore your hearing to peak performance.

If you’re demonstrating any of the symptoms listed above, or just want a more in-depth discussion on what these conditions can entail, use this link to book a free consultation with your nearest hearing specialist.