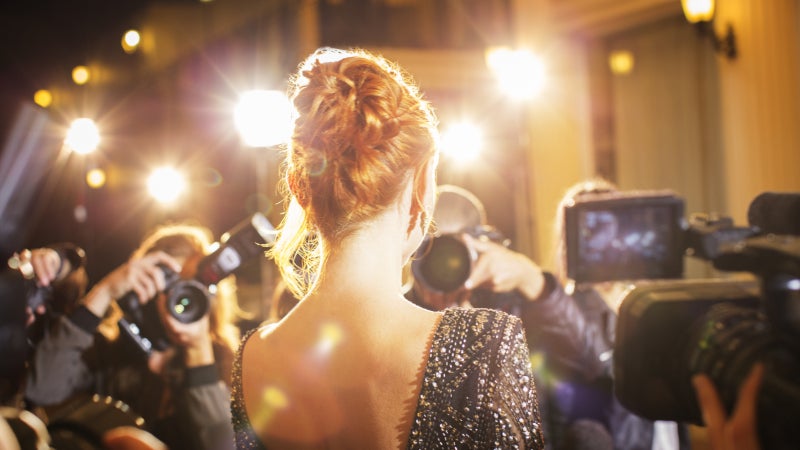 Hearing loss is a pervasive issue – it’s not just for those of us at the bottom rung of society. Even the upper echelons of civilization are susceptible to a failing auditory nerve, or time’s decaying effects on the cochlea.

Here are a few familiar faces who suffer from hearing loss. You may know everyone listed here, and there may be some new names you’ve never heard of. Either way, take a look at some famous individuals with hearing loss. And if you can think of one we’ve missed, let us know!

Even presidents suffer from hearing loss! President Bill Clinton was known for his youthful indulgence in sound. Surrounded by all kinds of noise, whether it was hunting rifles, political rallies, or a love of his saxophone, President Clinton now has moderate hearing loss of high-frequency sound.

This means he employs the use of completely-in-the-canal hearing aids – tiny devices that are borderline invisible. Even if you knew he was wearing them, you’d have to look pretty hard to find them. If you’re looking for a high profile case of hearing loss, you won’t get much higher than President Clinton. Nice one, Bill!

A fresh face on the acting scene, Millie Bobby Brown is best known for her breakout role in Netflix’s Stranger Things. However, this up-and-comer is deaf in one ear! While she can still hear out of the other ear, monaural hearing loss can still lead to difficulties, specifically with locating sources of sound.

Millie is especially commendable for her willingness to come forward. Hearing loss is often seen as a condition exclusively experienced by the older generations, so to have a 14-year-old girl come out and discuss her own hearing loss does a lot to reduce stigma towards it. Well done, Millie!

Model and actor Nyle DiMarco is possibly best known for his hearing loss awareness advocacy. He’s spent most of his professional career pushing tolerance for the hearing loss community, as well as his belief that deaf actors should portray deaf roles.

Nyle doesn’t consider his hearing loss to be a disability – he’s gone on to have a successful modelling career (helped also by his Adonis-like appearance), winning America’s Next Top Model. He also won the 22nd season of Dancing with the Stars!

Perhaps his biggest stride in the deaf community was his founding of the Nyle DiMarco Foundation. This non-profit organization seeks to provide resources for deaf children and their families. Very noble, Nyle!

“Hearing loss is a terrible thing because it cannot be repaired,” says The Who’s guitarist Pete Townshend. He’s not wrong – hearing loss is indeed impossible to fix. Pete believes he acquired his hearing loss over years of rockin’ and rollin’, pointing the finger mainly at studio headphones.

While it’ll be hard to pin down an exact cause of hearing loss for one of the most prolific rockers of all time, it’s a safe bet to say it’s due, at least in part, to less-than-perfect hearing protection worn over his decades of work. Pete now has to take long breaks when recording music, and advocates for aural safety among younger generations. Good on you, Pete!

How beautifully ironic that one of the greatest composers of all time was denied the privilege of fully indulging in his own craft. He could see the excitement and love on the faces in his audience, but never hear their thunderous applause.

In an age before hearing aids and cochlear implants, this would have been especially disheartening – if Beethoven hadn’t been such a clever little devil. By knowing that sound is made up of vibrations, Beethoven fixed a metal rod to his piano and bit down on it. The vibrations of his music were then sent from the piano, via the rod, to his head, essentially bypassing most of the ear.

Beethoven wasn’t deaf his whole life – his condition developed over time. This meant he knew what sound was supposed to feel like, so was able to construct his rig based on his own experience. This little setup is one of history’s first recorded instances of a listening device. Impressive, Ludwig!

America’s greatest inventor! Thomas Edison developed over 1,000 patents – no matter where you come down in the fierce Edison v Tesla debate, that’s an impressive amount. The one thing he couldn’t solve, however, was the issue of his own hearing loss. A mixture of disease and blunt physical trauma compounded over his life to result in almost total hearing loss.

Ever the innovator, Edison took a page from Beethoven’s playbook and bit down on a piece of wood attached to his piano or record player. This conducted the sound into his skull and allowed him to listen comfortably (as comfortable as you can be with a block of wood between your teeth.)

Interestingly, one of Edison’s employees, Miller Reese Hutchison, is often credited for inventing the electric hearing aid itself. We don’t know if this would have happened without Edison’s tutelage, so to be safe, we’ll say great job, Thomas (and Miller!)

Whoopi Goldberg is an actor, comedian, author, and entertainment all-rounder. Rather than being born with hearing loss, or developing it due to sickness, Whoopi attributes her hearing loss to high-volume headphone usage.

Stephen Colbert is a television personality – and quite a big one. Colbert originally wanted to be a marine biologist, but these dreams were cut short when one of his eardrums was perforated.

Surgery intended to fix his right eardrum actually irreparably damaged Colbert’s inner ear, meaning that scuba diving would be dangerously unsafe – thus ruling out any career in marine biology. It also left him entirely deaf in his right ear. Rather than letting this get the better of him, Colbert diverted course towards a career in comedy and performance. Good work, Stephen!

Our final celeb, Jane Lynch is best known for her role as Sue Sylvester in Glee. This character is known for her use of a megaphone, as well as her constant frustration with the titular a capella group. Ironic that the actress playing such a sound-based character happens to be deaf in one ear.

She isn’t too sure as to why she’s deaf in one ear – in fact, she only found out that people typically hear out of both ears when she was 7. She was either born with hearing loss, or developed it via a high fever as an infant.

Despite this, Jane Lynch is happy with her condition, stating: “Well…I have one really good ear, and that's all I need!” Great outlook, Jane!

If you have hearing loss, we hope you’ve found comfort and solidarity in knowing that some big names in the public zeitgeist share your condition.

Seeing all these big names using hearing aids has hopefully made you less apprehensive about getting one of your own. If you’re ready to make the change and take the plunge, fill out our form to be directed to a free appointment with a hearing aid specialist near you!